We lost our boy Bill on Tuesday. The tumor got him in such a short time. He was one of the best cats I’ve ever known and was adored by Stella.

We were convinced that Bill thought he was a dog. Fearless, social, and insistent upon his share of treats, he came when he was called even when he was out doors and he was totally content in front of a warm fire into which he’d sit and stare for the longest time.

It’s amazing how a critter so small can leave such a huge mark. Goodbye, Bill. Rest in peace. 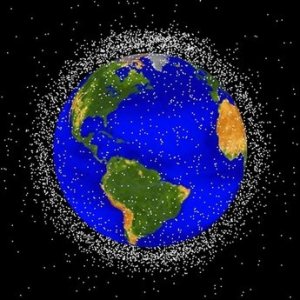 This is a computer generated image showing the amount of debris in orbit around the Earth. According to the info accompanying this image:

“Approximately 95% of the objects in this illustration are orbital debris, i.e., not functional satellites. The dots represent each item. The orbital debris dots are scaled according to the image size of the graphic to optimize their visibility and are not scaled to Earth. This image provide a good visualization of where the greatest orbital debris populations exist. The space shuttle Atlantis is flying at about 350 miles above Earth, an area littered with more dangerous space junk than the lower orbits where shuttles normally park at the international space station.” Associated Press

It’s mind boggling to think of our impact on everything. Pity the poor critters who have to live amid all our crap. 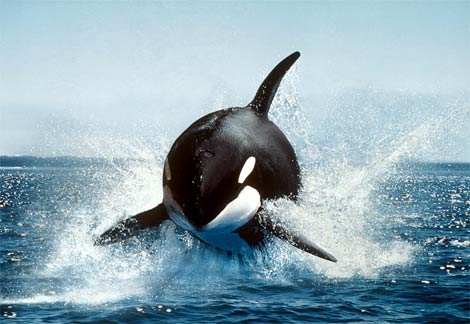 This full presentation by Jean-Michel Cousteau is one of the best I’ve seen in a long time. It about Orcas, but it’s really about how we live our lives.

These may be the most interesting/inspiring/troublesome one hour, twelve minutes, and nineteen seconds you’ve spent in a long time.

Get a cup of coffee or tea or whatever, remove all distractions, and watch in one sitting. Let me know what you think.

Received a note today from an old classmate who asked, “Remember these?” I almost tripped while walking down memory lane. I recall many afternoons thumbing through pattern after pattern and then bolt after bolt of material whenever mom decided it was time for a new shift or skirt.

Mostly I remember trying on the item many, many, many times as it took shape at mom’s sewing machine. 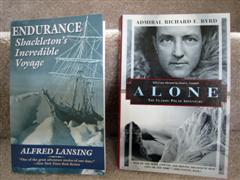 Just finished Alone by Richard E. Byrd. This book has been on my shelf for years. I couldn’t believe it was there when yesterday I went rummaging around for something to read. The book is riveting, so much so that I read it in one sitting. An extraordinary adventure whether you’ve been to Antarctica or not.

Endurance is also an amazing story of exploration and survival in the Antarctic. Ernest Shackleton and his crew accomplished a feat that few can imagine today.

The Bottom of the World

Antarctica. There’s no other place in the world like it.
I’d go back in a heartbeat. 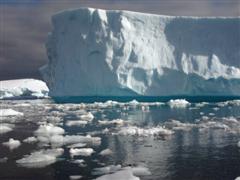 For more photos, follow this link to see more shots of Antarctica. I haven’t had time to work on the photos yet, but you’ll get an idea of the place.

We Are What We See

“Instead of assuming a reality that predates life and even creates it, we propose a biocentric picture of reality. From this point of view, life—particularly consciousness—creates the universe, and the universe could not exist without us.” Read more here.